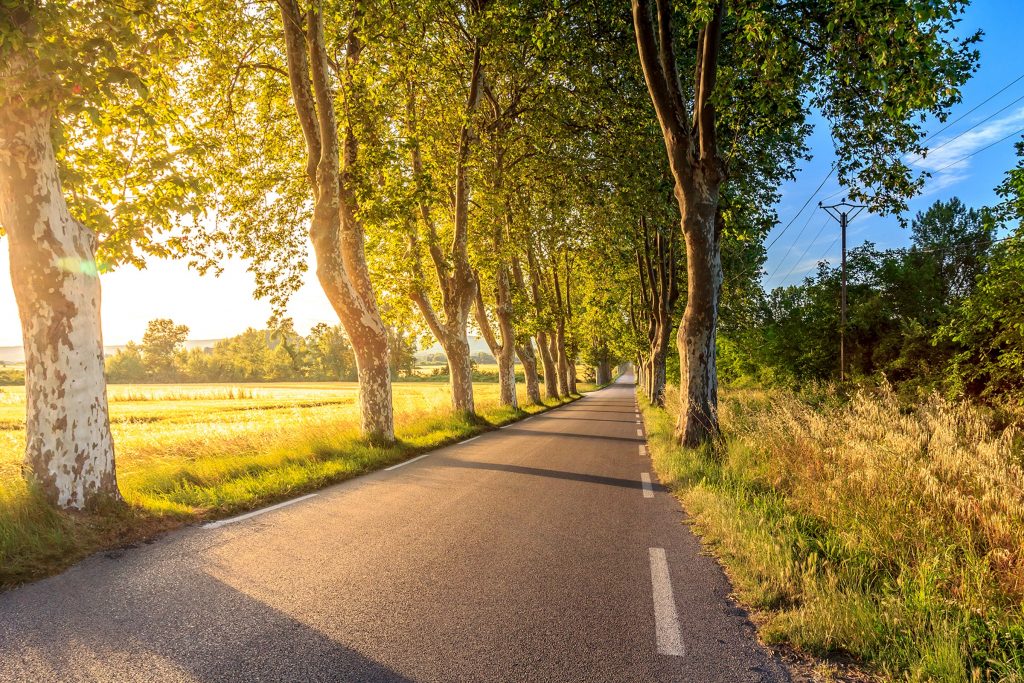 After the high of my 10 km in Barcelona I wanted to build on this and hit the ground running and I feel like I did achieve this goal. After taking it easy to let my head wound heel, I had a race to look forward too, Fulfords Five in Exmouth. I have never done this race before as I was probably running Blackmore Vale Half or I was put off by the two lap aspect, but this year I want to do races I have never done before. Well I just want to race, race and race.

I didn’t go in to Fulfords Five with any real idea of time I was looking to run it in, this was down to a few things. The race being two laps, the route being along the sea front could be tricky if you get a head wind which you have to deal with twice and this being only my 3rd race I haven’t got much race/pace experience. The time I was looking for was definitely sub 50 minutes, maybe 47-48 minutes but I didn’t think I could do sub 45 minutes. The weather was good, we didn’t have a head wind and the second lap was slightly different to the first which was a nice surprise. I feel that I started pretty fast but soon settled in to a good pace, I definitely picked the pace up on the second lap which meant the hill on this lap felt much harder. Having done a few park runs I felt good at the pace I was running for the first 5 km but after this I felt it tough to keep at this pace, just because I haven’t run much let alone raced past the 5 km distance. I sprinted down the hill to the finish and came in 199/326 runners in 43.47 minutes. 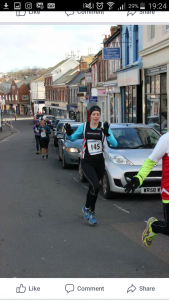 I also built on Barcelona by adding a long run to my weekly runs mostly with my running buddy and it felt good to slowly increase the distance of these long runs. We utilised the Tiverton Canal and the foot path along the River Otter from Otterton to Budleigh Salterton.  The month started of with a 7 mile long and and finished with a lone 9 miler in the cold on the last day of the month before the snow arrived. It felt amazing to have ran 9 miles, to go from a 10 km in January to running 9 was just brilliant and I found that I slotted back in easily to long distance running, just ticking of the miles. 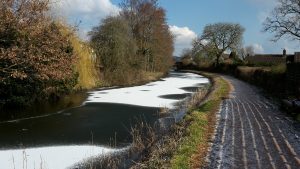 This month also saw me getting another virtual run medal from Pow Virtual Running, The Lucky Charm run which Michael had picked out. You either had to run for 12 minutes, 12 km or 12 miles and we opted for 12 km, which we did along the Tiverton Canal in rain. It rained for the whole 12 km with some wind along the way, this was the only weekend we could fit in running together so it had to be done but it was nice to be running for a reason. I feel that if people struggle to do long distance runs by themselves then they could book in for a virtual run so they have an incentive to keep clocking off those miles. 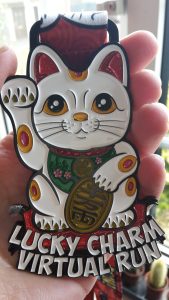 I made it once to Parkrun this month, Seaton on the 17th and I managed a PB for Seaton in 26.30 minutes and second in my age category.

This has been a great month and on wards to March with two races booked in, including the Grizzly cub.