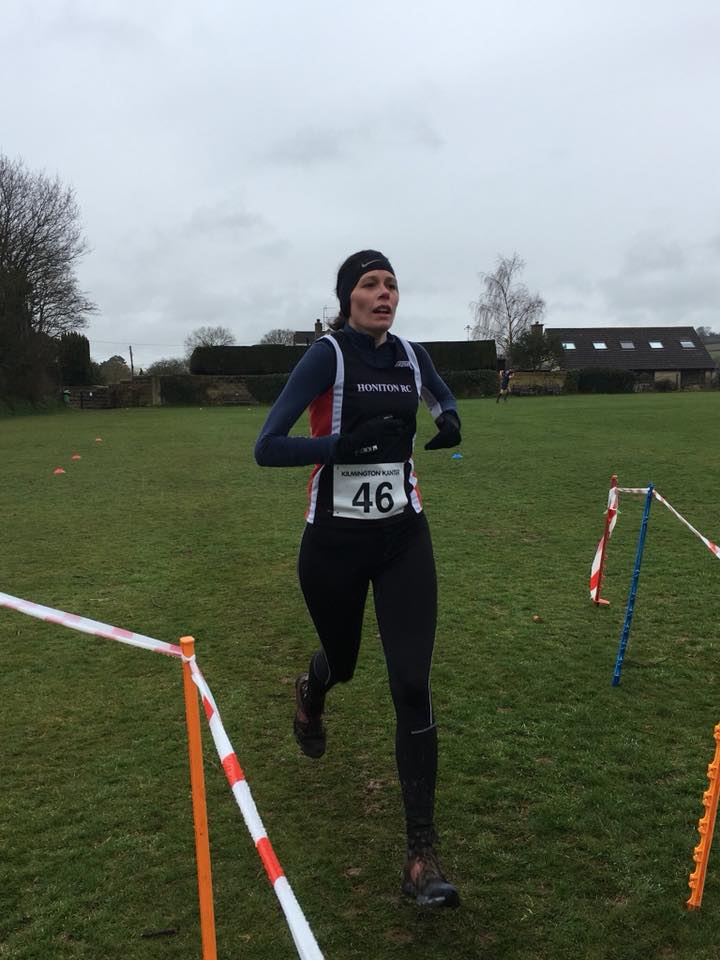 Good Friday means hot cross buns but in a small village in East Devon called Kilmington it mean race day. The Kilmington Kanter is an off road 7 mile run organised by the primary school and Axe Valley Runners in order to raise money for the school.

I ran the first event back in 2012 in beautiful weather but I didn’t really enjoy it as I was pushing for a 60 minute time This year it was wet and raining and the route had changed but  I wanted to try and enjoy it. This would be my first proper muddy, wet off road race since coming back from injury and it was tough. I had planned to race it but take it a little east as my legs and body were still tired from my PB on Sunday.

The road start, even though you were climbing was pleasant and I just tried to keep a rhythm, yet when we entered the wood it was harder to maintain a rhythm as you had to watch where you were placing your feet. The wood was really muddy and boggy with branches and stones to look out for but I managed to keep running even though it was slow and eventually I was at the top and on to the road.  I enjoyed the mostly down hill road section, however looking back I could have fun a little faster but I knew the more re ran down the more we would have to climb back up.

The middle section was proper off roading, with stiles, puddles, mud, boggy patches and un even ground from the hooves of cattle. I was still running with a fellow club runner and this was good as I had to keep running to stay with her even though it was tough picking up my heavy muddy clad feet. Through the fields we went and then we started the climb back up to the woods via the old station and along here I over took my fellow club runner.

The middle to end of the last hill was un tar maced road with bricks, stones and very uneven, I tried running but I decided that I was quicker walking up it and plus I could watch my footing more. Finally at the top and I could enjoy the long down hill section to the finish line, which was fun until I was bought back to reality when I clipped a stone and nearly turned my ankle. After this I decided to concentrate more until I was out of the wood and when I appeared there was a photographer and I did smile and a little jump. For some reason I though we must be soo close to the finish line, it must be around the corner but I would have realised we were not if I had looked at my watch.

Keeping the speed up on the downhill road section was mentally and physically hard going especially when it leveled out slightly. The village seemed so big as I was trying to keep my pace up and I was thinking the finish must be around the next corner, then the next. What seemed like a lifetime I was eventually at the right corner, well actually left!! Around the corner I went and had to dig deep to power myself up the finish and then I was at the finish and was greeted by a lady with a hot cross bun.

The route is a tough off road run starting and finishing at the village hall and how muddy it is depends on the weather. After leaving the village green you turn the corner and immediately start a mile long climb, first on the road through the village then in to the woods and you keep climbing until you reach the top. At this point the 2.5 km runners bear right and the 7 mile runners turn left.

You then start the drop in to the valley and you know at some point you will need to climb back up in order to get to the finish. After a long road down hill section comes the first of many stiles to climb over and fields to run through. This year the fields were really really wet and really boggy and it was tough going as you just couldn’t get in to any rhythm and at some points it was a struggle to lift up your feet. After crossing a number of fields you run through a copse and up and across a bridge that brings you to the old railway station.

Next comes the long climb up to the top of the wood, again because of the rain on the day and previous days rain the field was muddy and running up this just sucked the energy from you. After another up hill through a farm and a field you hit the road again and the start of another long (1/2 mile ish) hill to the wood. After a short road section you come to a un tarmacked track which was made up from big bits of rock, bricks and it was really uneven and you could have easily turned an ankle. I decided that I could walk faster than I could run up it so I just powered on up, but I did run when it slightly leveled off in places.

Runners are welcomed back in with a hot cross bun or two , plus there is coffee, tea and plenty of cake in the hall.

Social media wasn’t used much but when it was it was useful, it is a small local race and everyone knows about it so they do not need to use social media.

Yes I would recommend it, it is a great route and how the route is on the day depends on the weather. Nice distance as its 7 miles and not 10 km and even if you are a relative beginner you will still be able to manage it. Reasonably cost to enter as on the day £10 for affiliated and £12 for non affiliated runners.